As Most Inuyasha and Sesshomaru fans now know there is a new Inuyasha series that has come out in Japan.  Please know that this story "Sesshomaru's Empire/ Supreme Rulers"   has NOTHING to do with that series.   I wrote this story and created this website over 5 years ago back in 2015.  Please see the About page at the very bottom where I show my copywrite date as 2015 for this story.   If anything, someone has seen my website and used pieces of my idea to create this new series that is coming out.   Sesshomaru's twin daughters, their look and the fact that they are half demon princesses through him gaining his empire.  I was pretty irritated and upset when I first saw that my ideas APPEARED to be stolen,  but the story is drastically different than mine even though they are using parts of my idea therefore, I can't do much about it even though this fanfiction story has a copywrite certificate.
​ 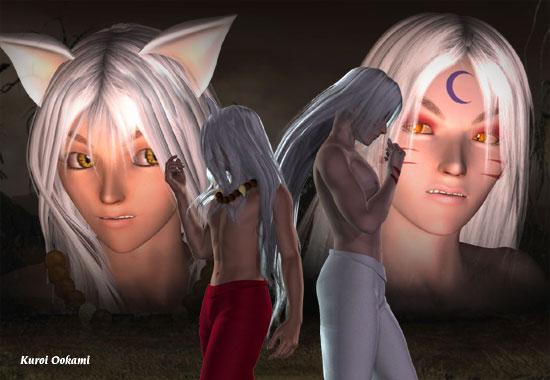 Please, by all means watch the new Inuyasha Series when it is released.  However, Please check back to THIS website when you can because I am so excited to announce that I am currently working on a project to make this exact story into an animation series of my own using todays CGI Technology .  The characters from this story will look as we pictured and illustrated them and this story will be animated exactly the way it is told.  Fans will be able to watch each animated chapter as it will be accessible right here on the website.  Please keep in mind this takes time but I will keep fans of this fan fiction "Sesshomaru's Empire/ Supreme Rulers."  updated with the progress.  So please keep checking in with the website for updates which will be listed here in the  "New Series Coming"  tab  or/ and  listed updates directly on the " HOME "  tab.

As of  now, the projected release date for MY animated series of THIS stories first season will be September 2021.    Around this time next year or sooner if things go smoothly.   Again:  This is in no way apart of the new Inuyasha series that Sunrise is producing.  This is my very own project that I would like to share with you. So if you are interested in seeing this story  "Sesshomaru's Empire/ Supreme Rulers"  come to life..... Stay tuned.
​
Proudly powered by Weebly